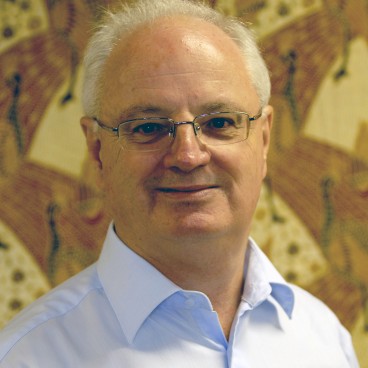 Clive has worked for over 40 years in NGOs. Originally from South Africa, he was Vice President of the National Union of South African Students in 1969. He then worked for the South African Institute of Race Relations, founded the Open School, an educational and arts programme for black and white students, and set up People’s College, a 24-page educational supplement to The World, a national newspaper with a black readership of 3 million. Clive was ‘banned’ by the apartheid government in 1978 and came to the UK as a refugee the following year.

He moved to Geneva in 1979 to take up the post of Assistant General Secretary for Africa for the International Secretariat of World University Service, where he ran a scholarship programme for over 300 African refugee students and supported educational programmes in South Africa, Zimbabwe and Namibia. After returning to London in 1982 he became Head of Information Services at the newly established Refugee Council.

In 1990 Clive was appointed Director of Health Unlimited, a UK NGO working to develop primary health care systems in areas affected by conflict. He left Health Unlimited (now ‘Health Poverty Action’) in 2006; during his time as Director, its programme had expanded from seven to sixteen countries in Africa, Asia and Latin America, and its budget from £750,000 to £5 million. He then spent a year as an Honorary Fellow at the London School of Hygiene and Tropical Medicine researching the health of indigenous peoples, working on a series of papers for The Lancet and producing a report on the social determinants of indigenous health for the WHO. In 2007 he became Director of Book Aid International, which supports the development of libraries in 12 African countries, until his retirement from paid employment in 2012.

Over the years Clive has served on the boards of a variety of voluntary organisations and was a school governor for nine years. He was a founding member of BOND, the organisation representing most of Britain’s international development NGOs, and set up a support group of directors of medium-sized development NGOs. In addition to EfD, he is currently involved with two other NGOs in the UK.