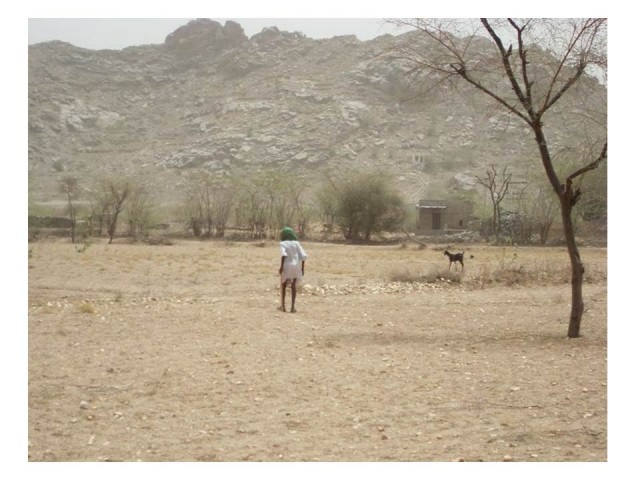 Climate change mitigation needs to be based on good information

As the international community grapples with the problem of climate change and its impact on agriculture, food security and poverty alleviation, the economic consequences for smallholder farmers need to be better understood and documented. Unless we are able to analyse and predict more precisely the ways in which both climate change and assistance programmes will affect their day-to-day decisions, efforts to mitigate its effects may have unwelcome results.

Climate change and its impacts are difficult to ignore. In 2013 we saw severe flooding in Sudan, Mozambique, Uganda and Northern India, and typhoons in the Philippines. These are all countries which are heavily reliant on agriculture for both employment and total GDP. Impacts such as these are unlikely to fall in number or severity any time soon as, despite commitments to keep temperature increase to below 2 degrees Celsius above preindustrial levels, new models of climate change have now led scientists to conclude that this is not achievable and a rise of 4 degrees Celsius is far more likely.

One area already hit hard by the impacts of climate change is agriculture and food security. Although crop production has expanded threefold over the past fifty years, levels of food insecurity have not decreased in line with this. The rise in global population combined with changes in weather conditions (notably more severe and frequent droughts and floods), has meant that in some parts of the world food production is unable to keep up with demand; areas that were previously food secure through their own production now depend on the market for imports, with the risks and uncertainties that go with this. Consequently food insecurity continues to be a major global problem.

Although only responsible for a fraction of global carbon emissions, smallholder farmers in countries such as Ethiopia, Eritrea, Somalia, Uganda and Kenya are some of the hardest hit by anthropogenic climate change.

Proposed solutions… and their failings

So how best to mitigate the impacts of climate change, insure against food insecurity and alleviate poverty? Government-led policies on climate change are informed largely by projections of climate conditions and what agronomists and climatologists consider to be the most appropriate responses.

One such response has been to subsidise inputs for resilient, high yielding, hybrid varieties of staple crops such as maize. However, these projects have often failed to look at the long-term economic viability of these varieties for smallholder farmers.

For example, when input subsidies were available, farmers at a study site in Malawi did adopt the hybrid, high yielding varieties of crops (HYV) and yields did increase. However, cultivation of these crops significantly dropped once the subsidies were removed as farmers could not afford the hybrid seeds – but by this point they no longer had stores of local varieties to fall back on. They had become dependent on the HYV crops that they could no longer afford to grow. Farmers in South Sudan, where a similar HYV seed subsidisation scheme has been introduced, fear the same outcome: subsidies may be withdrawn, leaving them unable to afford the new seeds and fertiliser required every planting season for HYV cultivation.

Additional risks of similar interventions can include complete failure of an entire HYV crop as experienced in districts of Nepal, leaving the farmers with nothing to fall back on.

This all suggests that (i) short-term subsidies to introduce high yielding resilient crops should not be undertaken without a much deeper understanding of the farm economies of targeted communities and (ii) it shouldn’t be left to smallholder famers to pay from their own pockets for the damage caused by other people’s carbon emissions.

So, what are some of the solutions to helping smallholder farmers adapt to climate change?

Through household-level data collection – including how people derive their livelihoods, how they access food, market prices and complementing this with regional meteorological data – the effects of climate change on individual regions and communities can be more accurately predicted, in order to better inform aid projects, facilitate interventions and mitigate risk.

Methods such as Evidence for Development’s individual household method (IHM) can help to model the effects of both climate change and mitigation programmes within communities, while the household economy approach (HEA) can monitor those effects over larger areas.