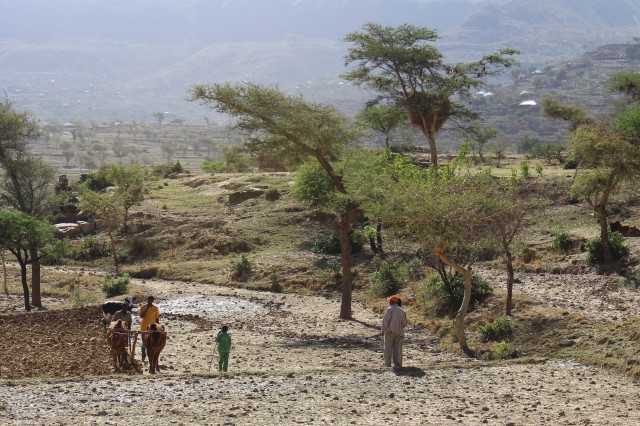 It’s August 2013 and I’m about as broke as a ‘banker’ in London can be. I had eagerly taken up my first position in the big city: interning at RBS’ risk department. That’s right, I had made it to the big time… And then rent happened… And bills… So with accrued holiday time but no chance of jetting off anywhere, a friend suggested my time might be better used volunteering with a charity with whom he’d done some pro-bono work – Evidence for Development.

So I did a bit of research, and he had a point. My time at RBS had greatly improved my understanding of quantitative modelling techniques (Economic Capital, Stress Testing, Impairment Modelling, etc. – yeah, ok you caught me, I’m a bit of a geek) and this, or at least the techniques, directly related to EfD’s work. From Malawi in the south all the way up to Burkina Faso, across Africa EfD has been quietly building up skilled teams of quantitative researchers capable of applying their in-house developed data-gathering processes. Their objective?  Threefold: first, through innovative research methods, to put good evidence of local household economies at the heart of aid programs intended to alleviate poverty and promote growth; secondly, to collect datasets that can be used to identify people’s vulnerability to stress conditions such as climate change or food price spikes; and finally to build local capacity to lead these studies cost-effectively and with maximum contextual knowledge.

It is fair to say that EfD’s work and the IHM methodology they have developed is starting to transform how aid is delivered in sub-Saharan Africa, and I was impressed not only by the rigour of their techniques, but also by the granularity of the data they generate. I knew an interesting challenge when I saw one. And so before I knew it I was sitting down with EfD’s John Seaman, Celia Petty and Wolf Ellis to discuss what they could make of a month of my time.

Somewhat puzzled perhaps by my desire to give up all my hard earned holidays, they nonetheless energetically set about finding me a spot within EfD’s modest office near Vauxhall station and I got to work. As I helped the team develop a new analytics and reporting toolkit we discussed the nature of EfD’s work; the challenges, aspirations and most of all stories. Stories like poor families investing in radios – and very occasionally even satellite dishes – because, despite food problems, their biggest challenge was still that they were so mind-bogglingly bored. Stories like the challenges to chicken-rearing in one village where much of their poultry population had been taken out in a single year by illnesses, bad weather and predation from dogs. The data they collect tells its own stories too. We learned about well-off farmers producing large quantities of cash crops for sale and using it to purchase food for consumption (in some instances, ironically, making them more vulnerable to famine if their chosen crop’s price collapsed). And of course terribly destitute people, dependant on working better-off farmers’ lands or on handouts from extended family. It immediately becomes clear that no simple consumption model could explain the behaviour of these diverse households whose lives I was dissecting in such a remote and impersonal manner. But as we played with and rejected theory after theory, we took small step after small step closer to understanding the true drivers of their economic activities. And ultimately it is these understandings that allow EfD to have the impact it does, helping to make development projects responsive to the situations and needs of their target populations.

A year or so has passed since then and my financial situation has allowed for an Easyjet flight here or there. My quantitative capabilities are continuing to develop, having joined a quantitative risk team at Deloitte, but I often find myself referencing back to that month. Why? Because EfD’s challenge is in many respects the quintessential modelling challenge; invisible agents behaving more or less rationally while exposed to a huge amount of uncertainty and risk, and faced with a truly diverse set of economic choices. As with so many modelling challenges, the greatest challenge of all was even knowing the right questions to ask. And, once I had grappled with that beast of a problem (if only for a while), the others I have faced since just haven’t seemed quite so scary.

EfD continues to develop its operations – including new work on refugees, climate adaptation, and soon food bank usage in the UK – and it still requires support in areas like software development, fundraising (in particular), marketing, analytics and much more. So for anyone who finds themselves in the position I did (or are charitable by nature) and who would prefer to utilise their skillsets as opposed to volunteering for more manual labour (though that’s pretty great too), my advice is to get in touch today! It might just change the way you work forever – it did for me.